The Ultimate Guide to Prototyping 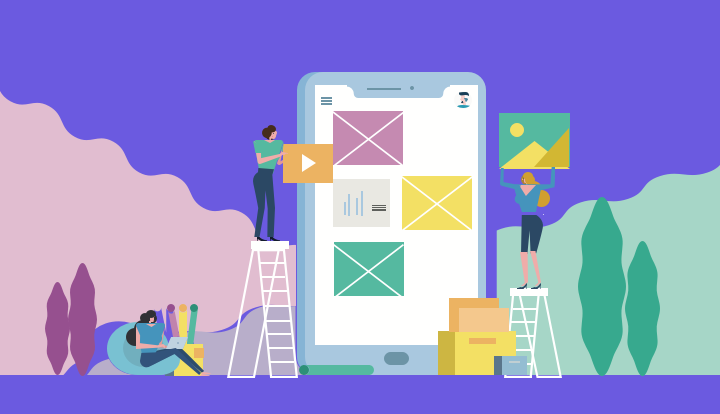 Anybody with an exciting product idea that remains on the ground needs to familiarize themselves with prototyping.

From digital and paper prototyping to rapid prototyping and high-fidelity prototyping (and many more in between), it’s crucial to know what might apply to any product. Finding the correct form of prototyping is the only way to execute ideas that are practical and viable to thrive in the real world.

This post will act as a guide and jumping-off point for big thinkers out there who need a helpful boost in the right direction.

What is a Prototype?

Products that are in their most experimental form are prototypes. Never the finely tuned entity of a finished product, these concepts are turned into something tangible, - for instance - a digital prototype or wireframe prototype.

Generally, teams (or individuals) construct a prototype for the purposes of user testing and feedback. These methods are applied to gather insights on design concepts and to test product and market fit.

“Prototypes help enhance precision because these designs are assessed by analysts and users who provide valuable feedback.”

Prototypes allow innovators to delve deep into their ideas. They also convey a feature’s (or overall design concept) intention to users before time and money go into development.

Why you should go beyond wireframes and mockups Wireframes and mockups are facets of the early stage of the design process.

The barest bone part would be the wireframe—which is low fidelity in its presentation. It lays down the rawest elements of the foundation. Afterward, should come the mockup – something that will closely resemble the prototype, but isn’t quite developed enough, nor is it operable/interactive.

More specifically, the mockup is a model, giving a proper visual or graphic representation of what’s to come.

Prototypes go beyond blueprints (aka wireframes) and graphic representations (mockups). They’re more functional and will garner keener insights from real users than the previous two stages. Therefore, this process helps ensure the product hits the market with some steam.

“Prototypes in design give designers an experimental model of a potential solution. To test/validate design assumptions in a streamlined, inexpensive manner, so changes can be made on the fly."

Prototyping as a process is an extremely valuable step in Design Thinking. Being able to put the uer at the heart of your process requires you to test your designs on real users and prototyping makes this possible without spending lots of resources.

Prototyping can help you:

What are the different types of prototyping?

Prototypes can vary in types and levels depending on what is required. Here are a few examples of how prototypes could vary:

Form
Is it a hand-drawn prototype or a digital one? Is your prototype for mobile or desktop?

Fidelity
What is the level of detail that has gone into this prototype? How simplistic is the design, or does it look like the finished design?

Interactivity
How functional is the prototype? Can users interact with it and go from screen to screen or is it view only?

Life Cycle
Is the prototype a quick and disposable version that will be replaced with a new and improved version? Or will it go through longer iterations, that will be built and improved on overtime, potentially ending up as the final product?

Here are some other types of prototypes that may also be mentioned in your design journey and these will be created of different levels of the forms mentioned: Feasibility prototype, horizontal prototype, rapid prototype, simulations, storyboard, vertical prototype, wireframe, animations, and mockups. The only way to accurately decide the most fitting prototyping process is by identifying which of the following fidelity-types is most appropriate:

These kinds of prototypes are digital demos or simulations of a product or service—usually software, apps, or website-based in nature. Ideally, this phase will help test assumptions and garner insights by exploring all aspects of the product before reaching its full form.

Tools for digital prototyping are software-based, and they initially were for UX/UI designers but now depending on your chosen prototyping tool, anyone in the business could use them.

For example, Marvel (that’s us!) is a web-based tool that wireframes and prototypes the user experience for web and mobile apps.

Material.io is another example that offers a flexible and agile guideline system. It's backed by open-source code and harnesses collaboration efforts between designers and developers.

Prototypes should undoubtedly go through usability testing. A process which offers opportunities to tweak and hone the following aspects of making a new idea come to life:

All of these facets must be thoroughly investigated before a project reaches the development stage. It’s then possible to use a prototype to receive useful design feedback during the early stage of innovation.

Usability testing can be done with low-fidelity or high-fidelity prototypes. Both will offer opportunities for teams to test ideas and theories about functionality and the overall user experience.

Creating prototypes isn’t difficult and here are some general steps involved in the prototyping process:

Practical tips that work for any prototype

First and foremost, all prototypes should be catered to the audience they’re being made for—this ensures relevant, actionable results.

Whoever the audience is should also be primed, prepared, and given background knowledge to avoid confusion. It is important to involve them in the design process. After all, user feedback is the lifeblood of any successful prototype.

“Good prototypes look real and do anything to emulate the appearance of the final product. For instance, digital versions incorporate clicking buttons, scrolling, or other methods that create the illusion of computer code.”

Ask yourself the following questions about the primary focus of your prototype:

There’s only one thing left to do, and that’s to create your own!

If you would like to learn more about user-centric design, then check out our free ebook, The Design Thinking Workshop Kit that will help you and your team learn about how to apply the stages empathize, define, ideate, prototype, and test to any problem, in an interactive and fun session. We’ve even remade our kit digital to bypass those tricky on-site logistics, so you can still collaborate with your team no matter where you are in the world.

Using Shortcut app on iOS Voice UI was the hot topic last year and will continue to be so in 2018. Something I have wondered is how voice designers prototype conversational interfaces, especially voice UI. What is Shortcut? Shortcut is an application on iOS that lets you automate tasks as simple as calculating a tip to appending a note to a… Read More ￫

Read more
Design & Prototyping
Why You Shouldn’t Skip Your Wireframing

Recently I started seeing a trend where fellow designers skip wireframing/low-fidelity-mockups and jump straight into their UI work. While for “some” tasks this might be okay, I believe for majority of your tasks, this will hurt your final design. First, what do I mean by wireframing? When I say wireframing, I am not really talking about fancy wireframes built pixel… Read More ￫