How to adopt a design-driven approach to organizational change 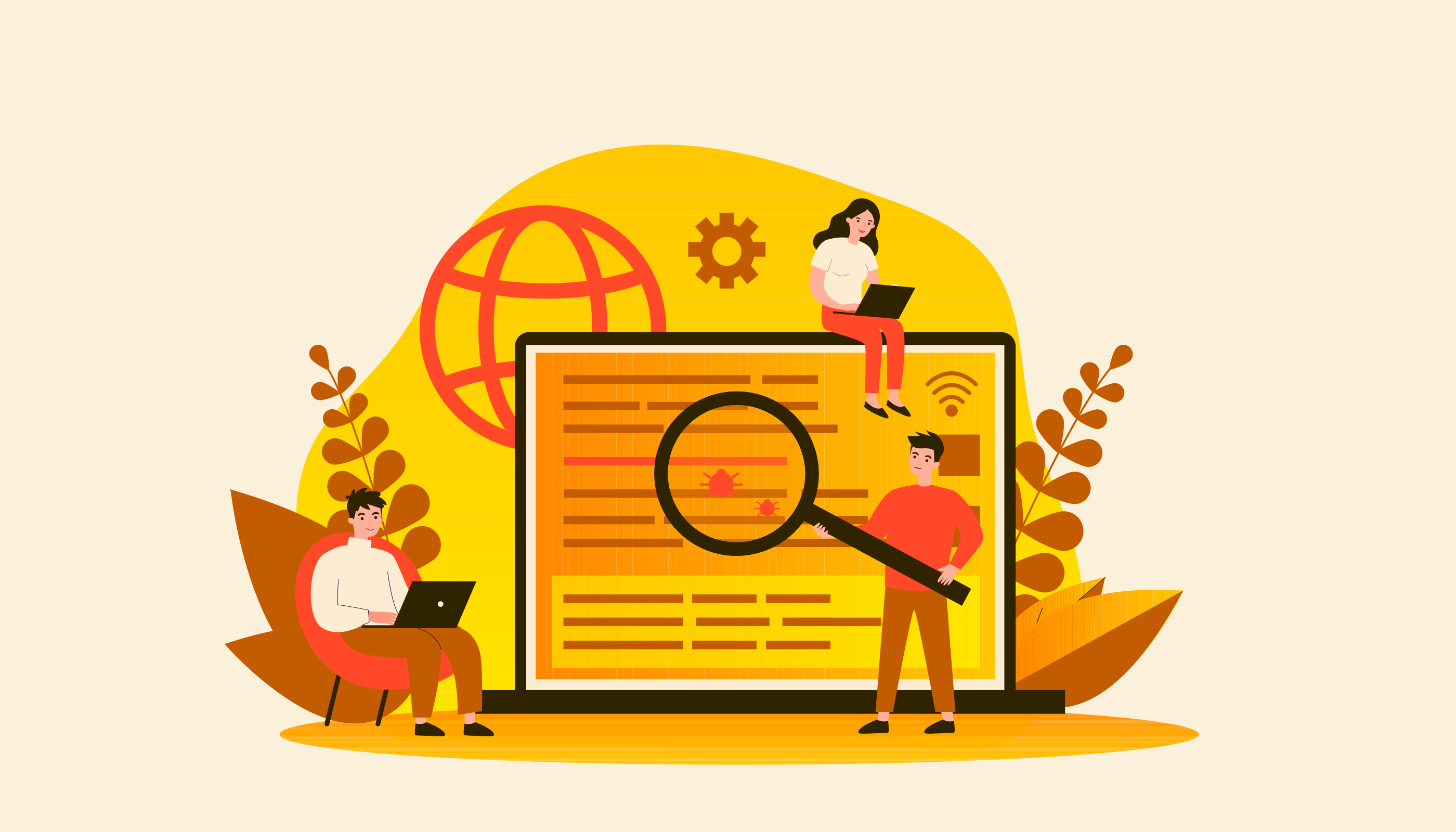 From website design to apps, prototyping is quickly becoming an integral part of the design thinking process for in-house teams and agencies alike.

A case in point is the dramatic shift towards an “all-virtual-everything” approach in a bid to curb the spread of the coronavirus, which has seen a growing need for robust digital tools such as video communication and cloud storage applications.

As such, organizations have had to move with speed and come up with creative solutions to cater to fast-changing consumer requirements. Prototyping is one effective method that forward-thinking organizations have found to be more important than ever.

But why prototyping? With effective prototyping, industry-leading ideas can be developed, refined, tested, and approved faster with a lower potential for risk. This is especially true in big organizations with lots of hierarchical layers where too much paperwork and bureaucracy is involved.

In this post, we’ll look at what organizational prototyping is, how to define what needs to be changed, and how to generate and execute ideas and suggestions through the use of prototyping.

What is organizational prototyping?

A prototype is an early model, draft, or sample of a proposed solution, such as a new product design. It could be something as simple as hand-drawn sketches brought together (i.e. a low fidelity prototype) and used to illustrate a proposed experimental solution of a fully functional product (i.e. a high fidelity prototype). This is something that stakeholders, as well as users, can feel and use.

Prototyping, on the other hand, is the process or the activity of creating prototypes to be tested in a real-world environment. The process involves honing, refining, reworking, and rigorous testing until an acceptable outcome is achieved from which the final product can be developed.

That said, organizational prototyping in this context can be defined as an early “test and learn” approach in an organization. It could be about introducing new ways of working, new ideas, new processes, or setting up new teams and then evaluating the changes at different levels of an organization.

The data you gather from prototyping will also prove to be invaluable, and will also be among the most critical information that you can use when marketing your product to customers later once it’s officially released.

So, when your team decides to try out a new idea or process prior to documenting it, they are prototyping. Research also shows that companies that prototype more often are likelier to create an innovation culture.

As organizations grapple with a fast-paced and ever-changing business environment, digitization has become a key problem-tackling strategy.

However, organizations need to continuously innovate, test, and repeat. Cloud computing gives organizations a platform to create products and services within the cloud, or model marketing campaigns as cloud-based software prototypes. What’s more, the most popular cloud storage services such as Sync or pCloud allow files to be accessed and shared anywhere and anytime in a secure environment. This means that team members can share their ideas from a common repository, thus creating an atmosphere of collaboration and teamwork.

In other words, cloud technology allows you to prototype your idea by giving you a platform to build, test, and deploy without the need for setting up complex infrastructure. This is ultimately one of the biggest benefits of organizational prototyping, as it can prove to be an early sign of improvement at your company.

How to get started with organizational prototyping

In all honesty, organizational change rarely goes according to plan. The more profound the changes you seek, the more challenging the sought after changes are likely to be.
But there is an underlying reason for this, and it’s entrenched into an organization's cultural DNA. The way people work, think, and relate is implicitly or explicitly ingrained in a system of deeply held customs, habits, and beliefs that make up the unique corporate culture of that organization.

At the moment, there is no sure-fire way to predict whether the changes you seek are really going to happen or the impact they are going to have in your company. Fortunately, with small and planned change experiments, you can gather valuable feedback about how the planned change affects the employees, partners, and even customers. This is also why you need to conduct organizational prototyping.

That said, here are three guiding philosophies on how to get started with organizational prototyping.

How to generate and execute ideas through prototyping

The whole purpose behind prototyping is to develop a pilot version of a new product using the principles of action learning, or where problems are tackled by first asking questions to make clear the exact nature of the problem, pinpointing probable solutions, and then taking action.

It’s also a very wise idea to build a prototype of a new product or service that is made specifically to solve issues presented from a past version of that product or service. This is especially important in today’s world because one of the biggest trends over the last few years has been that online consumers are more likely to only buy products that are similar to ones they have already bought in the past.

This is because as more people have been focusing on buying online, they cannot actually view or test the product or service at hand in person. Subsequently, they feel safer purchasing a new product that they already know they are likely to find value in.

With that in mind, here are some tips on how to generate ideas through prototyping:

Determine what to prototype

At this initial stage, your idea faces a lot of uncertainty. As the warden of the original idea, your primary job is to prioritize the questions that are most critical and with better insight for your idea to work.

A prototype is supposed to answer specific questions. However, most first time prototypers make the critical mistake of prototyping the entire idea. One way to get it right is to focus on one element of your idea at a time.

Now that you are clear on purpose, the next step is to create your prototype based on the information available. The prototype doesn’t have to be perfect, but with a little creativity, it shouldn’t be impossible to prototype even the most intricate plans, products, or services.

With the prototype ready, it’s time to subject it to the usability testing phase. Put your prototype in front of the users and see how they interact with it. The idea here is to gather feedback that will help inform the next iteration of your idea.

While you might inadvertently set an expectation for users’ unknowingly using one prototype–making them give you false feedback–it’s also recommended that you have more than one prototype.

With multiple prototypes, however, users are more likely to give you honest feedback as well as the strengths and weaknesses of each. This is the most critical phase in prototyping as it informs you whether the idea will reach the development stage.

Based on the feedback you receive, it’s time to refine your prototype. Go back to the start and ensure that everything you had outlined has been realized.

Prototyping is one of the most potent and powerful tools when it comes to actuating your ideas. By creating a prototype, your idea is not only understandable, but you are also able to account for any mishaps before getting too far into the development cycle. As such, it acts as a bridge between design and the development team, which helps reduce the risk of miscommunication.

But for organizations to get the full value of prototyping, resources and time should be channeled in the right place. Fortunately, with the increasing availability and accessibility of affordable and powerful prototyping tools, it’s easier and faster to address organizational changes.

UX Testing Methodologies That Will Save You Time
Why You Need UI Guidelines?
The Ultimate Guide to Prototyping

Made a Marvel prototype recently? Enter it into our competition for a chance to win!

Read more
Prototyping
You can now add Private Comments to your prototypes!

We’re kicking off the new year with a much requested feature from teams that frequently use Marvel with people who are outside of their organisation. That usually includes clients, contractors or development agencies, naturally, you may want to have conversations around your work that these external users can’t see. That’s where our new feature Private Comments comes in. Private Comments… Read More ￫

If you’re working on iPhone X apps before the big launch, we’ve got you covered with our latest release. You can now prototype for the iPhone X in just a few clicks…notch and all! How to get started with iPhone X prototyping: It’s super simple to get started. Simply create a new project and select the iPhone X from the… Read More ￫