Posted 5 years ago by Naomi Francis 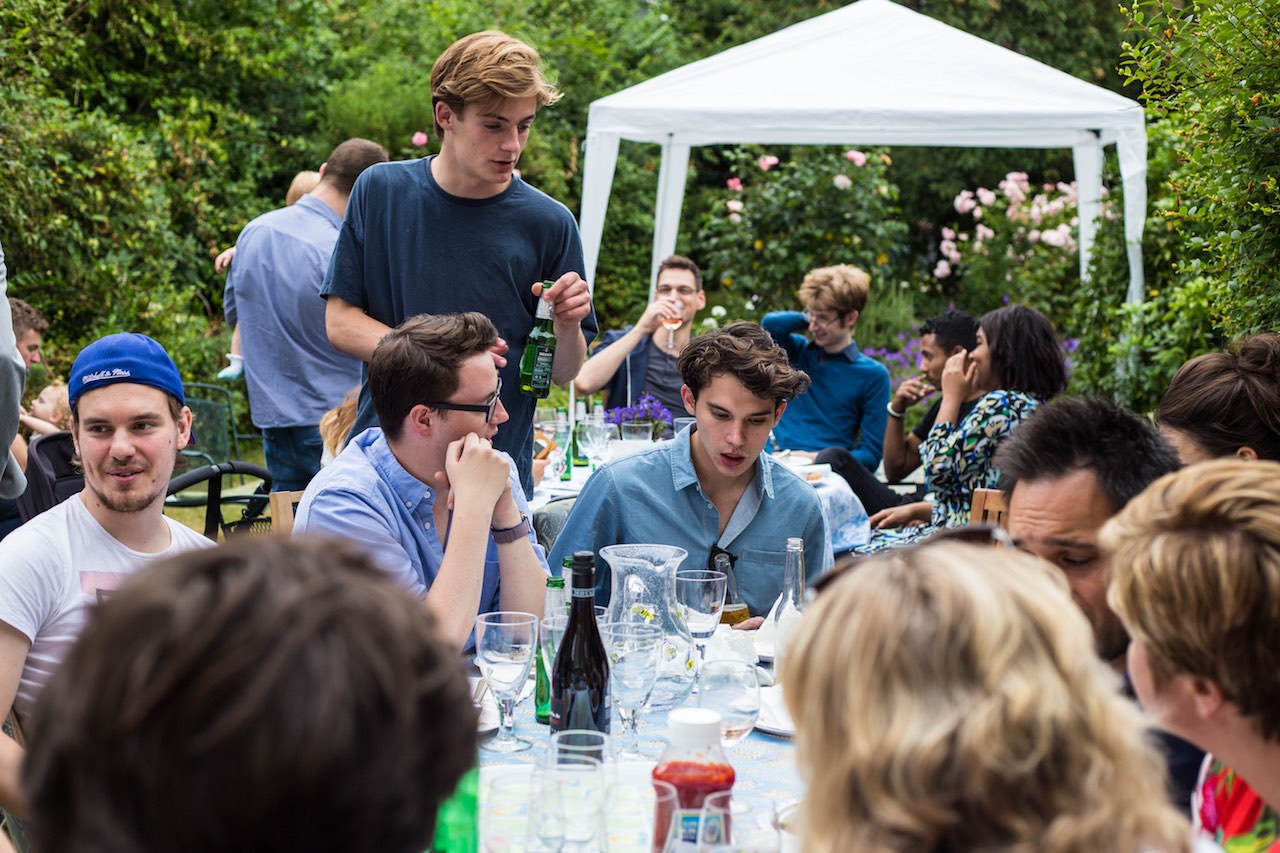 How startups work nowadays is at breakneck speed. Moving fast and making big decisions along the way. Large enterprise companies are whole different beasts that are difficult to change. Years and years of, “This is how we do things”, ring true across most companies and encouraging them to change the way they work is a difficult task.

Old St Labs are one company that has taken on this challenge. They are building a suite of products that creates transparency and visibility between internal business partners and an organisation’s supply base. This transparency allows enterprises to forge deeper and build more valuable relationships with the companies they work with. Nick Peasant and Tom Pritchard spoke to me about how they keep their products looking & feeling great but also challenge the way people work in these companies for the better.

"Transparency allows enterprises to build more valuable relationships with the companies they work with."

From the creative workspaces that are WeWork in Southbank, I met with Nick and Tom at Old St Labs. They tell me all about the three year old company and it’s big vision on commercial relationships. Old St Lab’s was founded by Mark Perera and Alex Short, after Mark found a fresh opportunity after founding the highly respected, Procurement Leaders, developing an excellent list of enterprise connections.

They saw a gap in the market for a platform to add value to the relationships of buyers and suppliers and revolutionise how they work together. Today some of the largest pharmaceutical companies in the world are using Old St Lab’s collaborative SaaS platform, Vizibl, to manage their commercial relationships. “Now both buyers and suppliers are on the same platform, it makes it easier for them to understand how the relationship is being managed. Even the simplest of things like showing the team members in a relationship makes a massive difference, a lot of the time people don’t know who they should be speaking to and who deals with what”, Nick tells me. “The fact I haven’t been a part of the world of enterprise, makes designing for it so interesting. We all feel we can make a massive difference”.

“The fact I haven’t been a part of the world of enterprise, makes designing for it so interesting."

Whilst the majority of Nick and Tom’s time goes on Vizibl, they’ve recently developed a smart AI tool which goes hand in hand with the product, its name is LUCYD. They’ve taught this AI tool how to be useful and efficient for a range of companies. Tom explains that, “It can fetch news and bring in relevant information from the general web into a product like Vizibl. It makes the product smarter, surfacing relevant information to the people it matters to most”. The arrival of LUCYD has led them on to prototyping other exciting features, like a chatbot which draws on information from LUCYD making news a conversational element for users.

“It’s not all about the product, it’s about transforming the way our clients work together. Making everything clear and giving clarity to their relationship.” So, where does Marvel come in?

Nick: It’s all about updating and creating features rather than prototyping the whole app again. We’ll definitely be using Marvel to build a prototype for our chat bot but we predominantly use Marvel to sketch and doodle an initial idea before moving on to wireframing and designing. We use Marvel to present prototypes to our clients and also to maximise internal communication as well, it’s a great tool to use when explaining a brief to developers. We love the fact it’s a mobile first platform and you can spin up a mobile prototype...

Tom: ...and do it quickly! That’s where the value lies for us. It’s all about sketching an idea down on some paper then getting it onto a screen as quickly as possible, helping us to validate ideas and assumptions super quickly.

"Marvel bridges the gap between the startup world and the big Enterprise companies we are working with. It allows us to get our ideas across without taking up too much of our users time".

Old St Labs is expanding, geographically there are plans to start building a team in San Francisco, including some product designers. This is due to their focus being on remaining a design-led product. Nick was the company’s first designer, joining after years working in digital agencies, and has now been at Old St Labs for two years. Where Tom, also ex-agency, has been with the company for around 2 months now. Despite the big difference in serving time, both Nick and Tom describe Old St Labs as a young company with a unique culture, thanks to the mix of young startup types and the much more experienced employees who were previously customers. “It’s a really transparent culture, everyone is good at what they do and knows what’s expected of them despite coming from such diverse backgrounds."

How do you work together as a team?

Nick: For about a year and a half, I was on my own. It worked in the early stages as I came from a UX/Design background but when you’re working on a product that is growing so rapidly, you start to get tunnel vision so bad you can’t even see what you’re doing any more. Obviously, with positioning ourselves as a design-led company, it doesn’t really make sense to have one designer. So we’re really starting to invest in the product team. The one skillset we thought crucial to get onboard quickly was someone who could really get into the detail and the UX, which would free up time for myself to keep up the visual design.

Tom: My background in engineering has helped me establish that detail is “my thing”. I concentrate on the User Research and the User Experience, I thrive at the very beginning of a project and getting the details right.

N: So we complement each other and we’re hoping to then scale the team once we have a good foundation. "Another challenge we find is prioritising. There is so much to do, what the hell do we do?!"

What are some of the biggest challenges you’ve faced at Old St Labs?

Nick: Hiring good people. When I’ve hired people before in an agency, It feels a bit different, I never felt as much pressure to get it right. At the moment every new hire has a massive impact on the team and the products so getting it right is difficult. So far so good though.

Tom: Now that we’re adding a team in San Francisco, it’s key to think about how can we keep those two teams in sync when they’re both working on the same product. We can’t just have two separate product teams, that can all put their hands in at the same time on the same thing, that would be crazy inefficient.

Nick: Another challenge we find is working out what to prioritise. There is so much to do, what the hell do we do? Deciding on what we spend our time on is always difficult. What work will offer our users the most value and keep the product improving is a big challenge but an exciting one too!

Whilst Nick and Tom might have their hands full with a rapidly growing product being used by many, their passion for design remains. They express how much they enjoy creating something that people are actually using. In a world where so many products are being made, there are a plethora that aren’t being used which they have previously had first hand experience of. Now their work is being used by hundreds and hundreds of people everyday with Marvel helping them accelerate their design process and their success.

In the Spotlight
Q&A with Design Manager at Moneybox

Could you tell us a bit about yourself? Who are you? And what are you working on? I’m Michelle, Design Manager at Moneybox. I joined about a year and a half ago when we were only two designers, and we’ve been scaling the team ever since. We’re now a team of ten designers, and as we’ve scaled, it’s been really… Read More ￫

Jason Lung is a Senior UX Designer at Tesco Bank, the personal finance arm of one of the UK’s main supermarket brands. Starting his career as a web designer, he’s witnessed the shift toward UX and has learned how to be user-centered in the process. Tell me how you got started in UX? My career started back in the early… Read More ￫

Hi Will! Tell us a bit about yourself. Who are you, and what are you working on? I’m Will Thomas, I’m the Head of Design at Nested. Since being at Nested I’ve worked on all sorts of projects, including a complete rebrand with a fantastic studio called Point Studio. I’ve completely redesigned the product, and designed the design recruitment process… Read More ￫