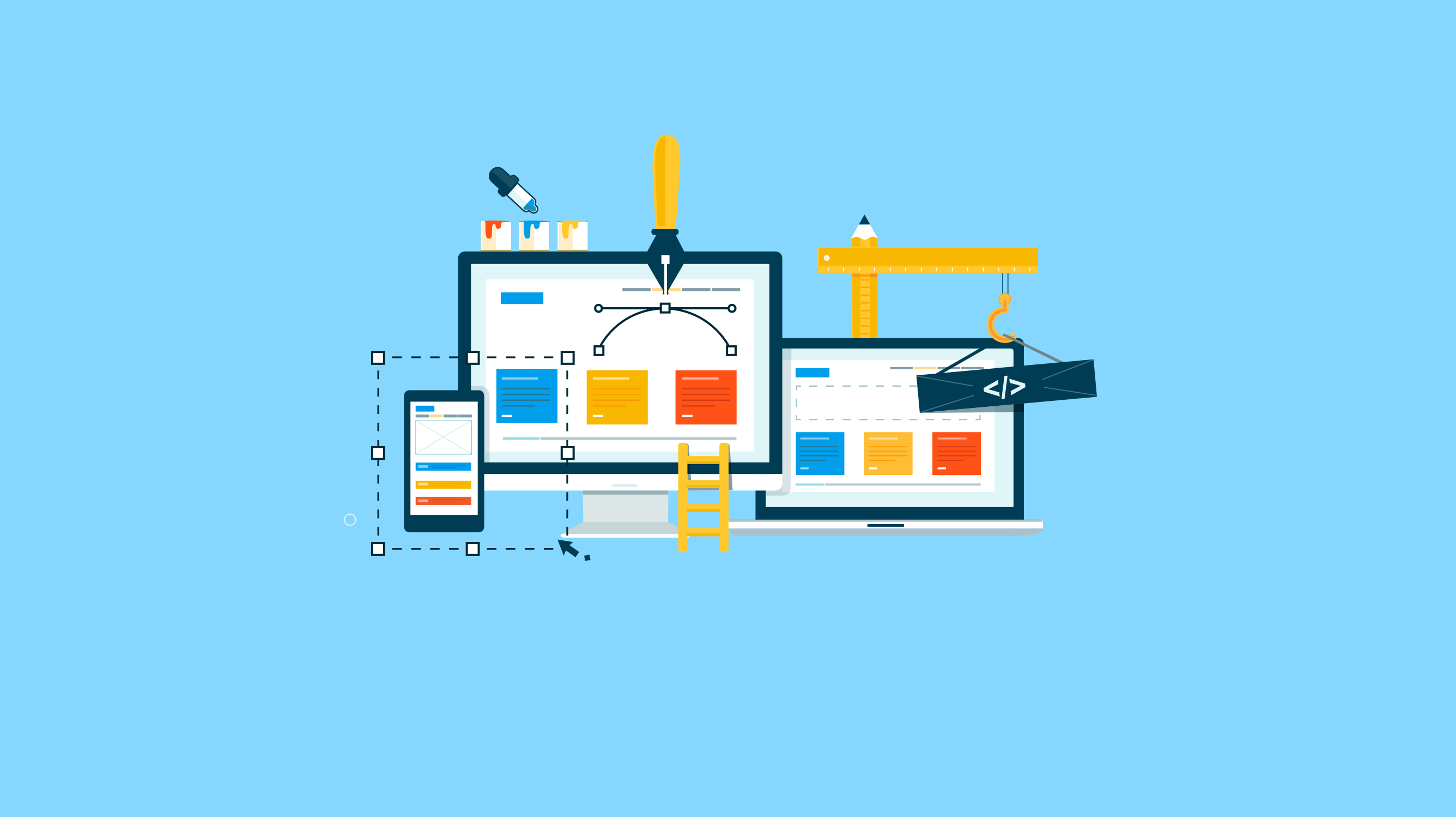 I recently worked on defining the spacing system for Practice Fusion’s EHR (Electronic Health Record) product, to ensure improved readability and consistency across all pages. I came up with 3 spacing rules (hint: rule of 3 C’s) and 4 spacing values, which worked harmoniously well with the new typographic system.

"When positioning elements vertically, the designer has to make decisions that never should be left to chance or be random. Too often, designers rely on vertical increments made possible in Photoshop by holding shift and arrows keys: “I use 5 or 10px, it depends.” This approach is acceptable horizontally, as columns are multiples of 10, but it doesn’t conform to any typographic reality." - Robert Bringhurst (Author of “The Elements of Typographic Style”)

"Don’t compose without a scale. Type should actually be the scale that defines almost everything else." — Robert Bringhurst

Type (line-height) is the first piece of the spacing system puzzle.

I started with a hypothesis that the very popular 8-point baseline grid (ie multiples / factors of 8 spacing) was going to work. So, in my experiments, I paired my base body font-size of 13px with line-heights which are multiples of 8 — 16px and then 24px to see if any of these values worked. Both of these values did not work — which meant that 8-point baseline grid was not going to work. “As the number of choices increase, it becomes exponentially difficult to make a decision.” — Hick’s law

To come up with a predictable system that simplifies decision-making, keep number of values to the minimum required.

Refer to Nathan Curtis’s Spacing in Design systems post for his analysis about picking values.

How do I apply these spacing values in a predictable way? Rule of 3 Cs comes to your rescue.

I was heavily influenced by the spacing vocabulary like Insets, Stacks & Inline introduced in Nathan Curtis’s above post. I decided to build an additional layer of vocabulary on top of it, to make it easier for my team to understand the context of use for each. I broke down all spacing rules into 3 C’s: Containers, Content & Components.

Containers are frames in your UI which hold content in them. Typically these are pages, cards, modals, panes, etc. Since containers are at the highest level in hierarchy, I made sure all containers got the highest spacing value (16px in my case) all around (also defined as “square inset” by Nathan). Tip: Never include border in any spacing calculations. (A good explanation is provided in Elliot Dahl’s 8-point grid: Borders and Layouts post.) All this content is stacked vertically using margins. But the type line-height adds extra spacing to the specified margins too. Nathan mentions in his article about solving these collisions with line-height using a mixin. I could not figure out how to do that in a consistent way, so I created my own way of handling stacks by taking in account the line-heights as well as margin spacing simultaneously. Here is my process: B) Solve leaf-node stacks next

I started addressing spacing for the simplest content type first?—?paragraph.

Spacing within each paragraph

This was the simplest?—?simply flush all lines of text in a paragraph such that there is 0px margin between 2 lines. Everything that did not look like a list (example, 2-line content in table row), got paragraph spacing too.

Typesetting paragraph in Sketch (Line height of 20px was derived by doing visual explorations and validated using the WCAG SC 1.4.8 which states “Line spacing (leading) is at least space-and-a-half within paragraphs” (20/13 = 1.538)

My first impulse was to use spacing equal to line-height = 20px. But then, I came across WCAG SC 1.4.8 which states — “Paragraph spacing is (at least) 1.5 times larger than the line spacing — by that we mean that the spacing from the top of the last line of 1 paragraph is 250% farther from the top of the first line of the next paragraph.*” Assuming that the % values are calculated with respect to the base font-size of 13px, I calculated that the actual spacing between 2 paragraphs should be about (ps — ls) = 13px, which will be defined in CSS using margin-bottom: 13px. Now, 13px is not one of the spacing values we determined in step 2. So, I chose the closest spacing value more than 13px i.e. 16px for my margin-bottom for paragraphs.

When in doubt about calculations, I always cross-check with visual explorations. 16px spacing between paragraphs worked best as compared to other possible values. (I thought that 12px spacing worked even better. But, I did not want to add an additional value to the spacing system just for this use case, as our EHR product does not have many paragraphs and hardly any consecutive paragraphs.) A list is a data structure made of multiple items of homogenous data. Since a list groups all these homogenous data items, it is important that the list items are not spaced apart like paragraphs (with 16px in between them), which typically hold heterogenous ideas. At the same time, the list items still need to be spaced apart a little bit — or they might end up looking like 1 paragraph. So, I experimented with spacing between 0px and 16px. I had just 3 values to experiment with — 2,4 and 8. Total 4px spacing between list items looked the best for hierarchy.

Forms have consecutive input fields stacked one below the other. Not having labels is not a good practice for accessibility. Yet, in certain situations, it seems like it is best to not display labels in UI (but continue to declare labels in implementation to ensure accessibility and hide them out of viewport using huge margins). These scenarios are:

In such situations, depending on whether you are using fieldset legend or not, different spacing works. Since fieldset legend groups fields to imply 1 object, it uses less spacing (8px). However, when you don’t want to logically group input fields as 1 object, more spacing helps (16px) — just like consecutive paragraph spacing.

Tables are very useful for grouping data of similar type — just like lists. However, tables are used when data is much more dense and has many attributes. And so, spacing considerations for table are slightly more than list spacing. If the data is spaced too close, it can be difficult to read through an entire table row, without getting distracted by adjacent row data. By having 8px between table text and table row borders, we get a total of 16px spacing between text across 2 rows. This is again very similar to our consecutive paragraph spacing of 16px.

Components are buttons, input fields, icons, etc. These components are often placed next to each other horizontally (inline). Also all components were sized with dimensions as multiples of 4 (also of 8). So buttons and input fields had an internal space of height 24px (and together with 1px top and 1 px bottom border, the overall height was 26px). When individual components and type sit perfectly on baseline grid and is proportionately spaced, overall layout is perfectly aligned and harmonious.

I used a simple rule of applying 8px for spacing between any 2 adjacent components most of the times. For a few cases, I decided to use 4px to show a tighter relationship between 2 components (Gestalt’s law of proximity).

I used 8px consistently for any left / right paddings inside components.

Design Spacing inside components with icons

Once again — applying Gestalt’s law of proximity, I grouped icons inside a component, by spacing them 4px apart — instead of the usual 8px.

Spacing components from outside icons

By following this process:

I will be diving into designing accessible color system next. Stay tuned (by following me)!

You can also follow me on Twitter. Thank you for taking the time to read this far!

Though there are plenty of articles touching on why white space is important in design, I did not find a lot of resources explaining a systematic practical approach to handle design spacing.

This article was originally published on Priyanka's Medium page.